Day 3 is moving day for the tournament.  With 50 matches anything is possible.  The day of singles matches left the scoring table tense as the individual cards were turned in.  Close is not an adequate description.  The Red Team prevailed on the day winning 21 matches to the Blue Team 20 match wins.  The day also featured 9 ties.  The days matches ended 25.5 Red Team to 24.5 Blue team.

Special Recognition:
There were 7 players winning all 3 of their matches over the 3 days.
For the Blue Team it was Tom Grawe, Dave Landry, Gary Minard, and Don Rush.
For the Red Team it was Mick Burkart, Mike Roach, and Guy Shelton

There were 9 players undefeated throughout the 3 days of match play.
For the Blue Team it was Andee Heaberlin, Bill Lockett, Mark Martin, Sam Rossi, and Frank Sherfy.
For the Red Team it was Tim Chamberlin, Mike Eby, Vincent Fung, and Rich Hanson. 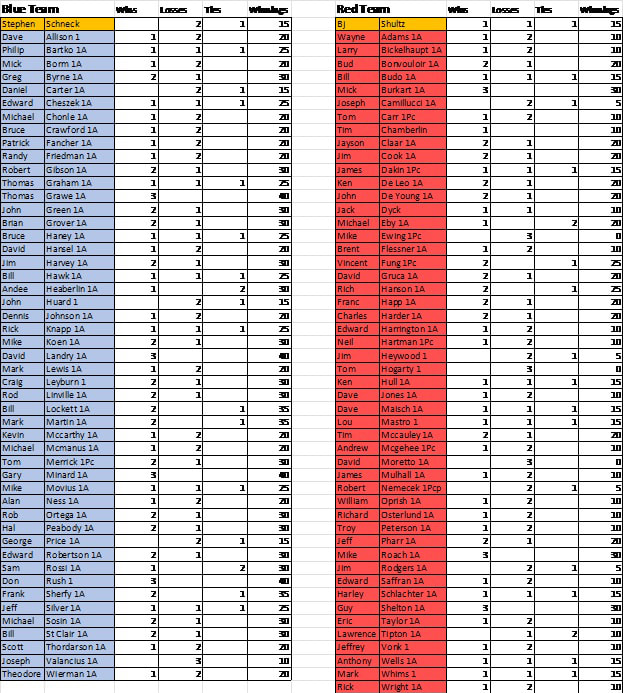